Put Nijo Castle on your list of the top 10 things to do and see in Kyoto. (While trip Advisor lists it as #40 of things to do, I’d say the evening viewings during the Sakura (Cherry Blossom) Festival in the spring are well worth the visit.)

Visiting the Kyoto residence of Japan’s first shogun circa the Edo Period, you will be transported to another time and palace. Built in 1603, the castle was completed twenty-three years later by his grandson. The castle and its grounds (including picturesque cherry and plum tree orchards) are surrounded by stone walls and moats.

When the Tokugawa Shogunate fell in 1867, Nijo Castle was used as an imperial palace.  Eventually, it was donated to the city as a historical site and opened to the public.

Designated an UNESCO world heritage site, the castle’s buildings are some of the best surviving examples of the Japan’s feudal era palace architecture. 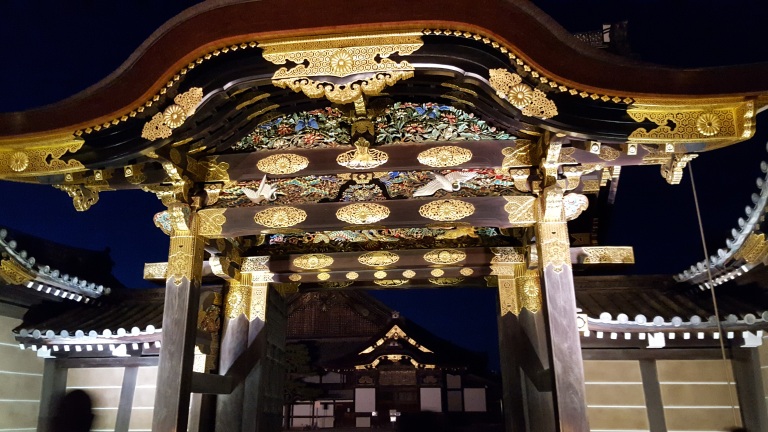 The 36,000-square-foot Ninomaru Palace consists of five buildings and is built almost entirely of Hinoki cypress, much of which is adorned with gold leaf and elaborate wood carvings.

Interesting fact: The nightingale wood floors of the palace were constructed to squeak as a way of announcing intruders.

During the Sakura Festival in the spring, the castle offers special evening viewings. It mesmerizing to walk under the dozens of cherry trees with their bountiful blossoms dancing in the breeze against the night sky. And the castle, with its moat and fortified walls, is much more impressive glimmering in the moonlight. It’s quite a magical experience. 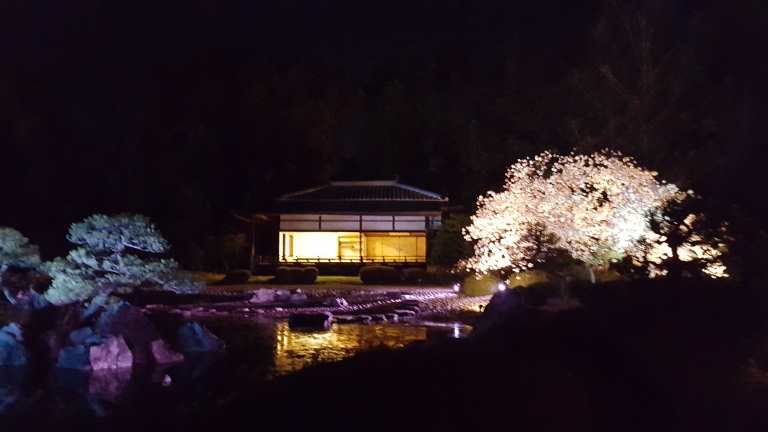 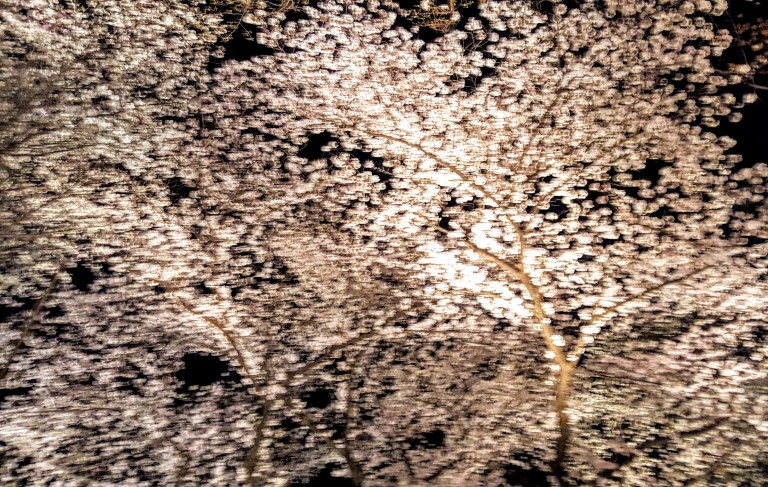