It’s only appropriate that there be a rather long, steep climb into the village of the Karen Hill Tribe. It is here that we joined in a family’s dinner preparations, enjoyed a sumptuous feast and spent the night in a bamboo hut. 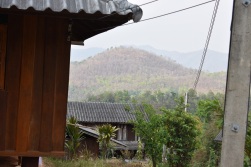 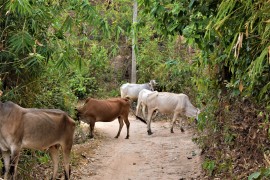 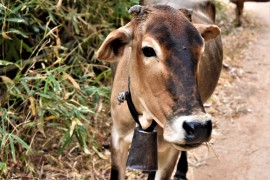 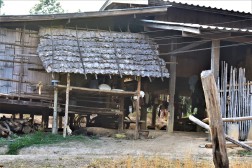 Since 1949, the Karen people have been migrating to Thailand from Myanmar due to conflicts with the Burmese government. Approximately 400,000 Karen have made Northern Thailand their home. Their villages are scattered through the mountain and lowland regions bordering Myanmar. You’ll notice some of the women in the pictures wearing their traditional colorful, embroidered smocks and skirts. This is what married women wear; single girls wear white frocks. We did not see any as the younger generation has gotten away from this and other traditions.  Now, they only wear white on Sundays, In these villages, most marry by their early twenties and traditionally it’s the mothers who chose their children’s spouses. This is still true for ~50% percent of marriages though for some it’s a choice the child makes with his / her mother. Our guide, Tui, is Karen and he and his mother will agree on his future wife.

The village where we stayed has had electricity for about a year. It’s fairly limited though with a lightbulb here and there. Some homes are open air huts, others are concrete with tile roofs. It’s a place in transition. The people are warm and friendly. Every house has a pig, several chickens, roosters, dogs, and a wealthy few have cattle too. All seem to cohabit peacefully with the exception of the flash dog fight over scraps.

Speaking of cohabitate, in a village of 130 people, 4 religions are peacefully represented: Animism (an ancient belief system before organized religion that non-human entities—such as animals, plants, and inanimate objects—possess a spiritual essence) Buddhism, Christianity, and Catholicism.

Food preparation is arduous and everyone lends a hand. Multiple dishes with multiple ingredients are made in a wok using just 1 fire source. 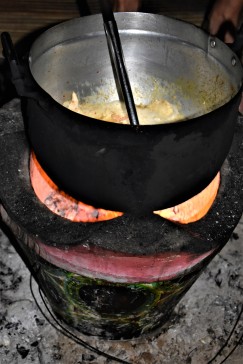 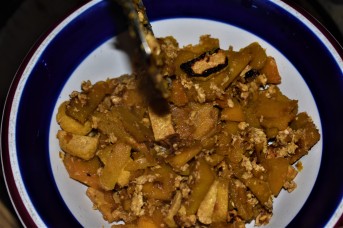 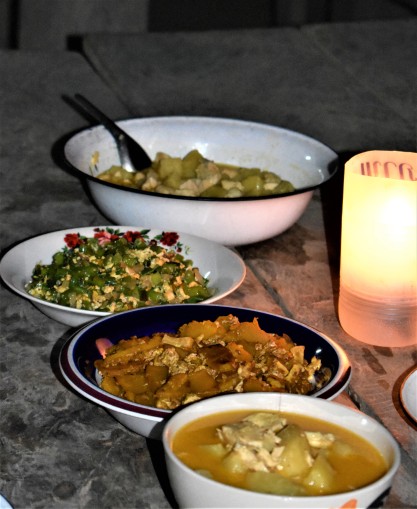 Famished from our full day (~2 hour bike, 3.5 hour hike), we relished this royal feast! (It included a pumpkin, garlic dish, curry potatoes and chicken, a scallion and veggie dish – oh my!)

We slept well that night! 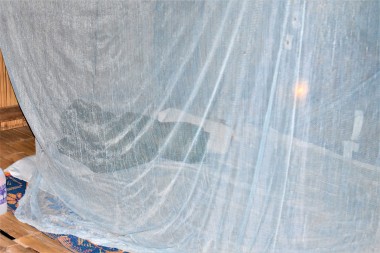 Next up, I will share some of my favorite pics!